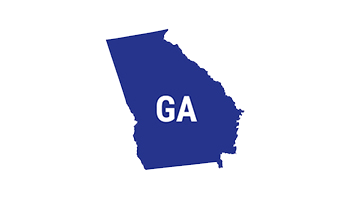 ATLANTA – In November 2017, two railroad workers at a railyard in Waycross, Georgia, encountered and reported a blue flag that signaled their train could not move safely. For their actions, CSX Transportation Inc. pulled them from the job and later fired them, both actions found to be illegal in a U.S. Department of Labor Occupational Safety and Health Administration investigation.

“All workers have the right to be safe on the job, and by speaking up, these workers prevented potential harm to themselves and others,” said OSHA Acting Assistant Secretary Jim Frederick. “Employers that punish workers for speaking out against unsafe or unfair working conditions are breaking the law, and OSHA will hold them accountable.”

OSHA ordered CSX Transportation Inc. – a subsidiary of CSX Corp., one of the nation’s largest transportation service providers – to pay the employees $667,740 plus attorney’s fees. The amount represents back pay from the time of their removal in November 2017 through September 2019, and costs incurred by the workers to include interest on the back wages, penalties on withdrawals from their 401(k), and compensatory and punitive damages.

CSX must restore both workers’ seniority and the benefits they would have received had they not been dismissed. In addition, OSHA ordered the employer to provide retirement credit, vacation time and personal leave days that the employees would have earned.

“CSX Transportation violated the Federal Railroad Safety Act, which gives employees the right to report safety concerns without fear of retaliation,” said OSHA Regional Administrator Kurt Petermeyer in Atlanta. “The employer’s retaliatory actions are illegal, and OSHA is committed to ensuring that workers are protected when they exercise their rights to report workplace hazards.”

This is the third OSHA whistleblower merit finding in 10 months related to CSX retaliating against workers who reported safety concerns. In July 2021, OSHA ordered the employer to pay $221,976 in back wages, interest and damages to a worker terminated in New Orleans for reporting safety concerns. In October 2020, OSHA ordered CSX to reinstate an employee and pay more than $95,000 in back wages and $75,000 in punitive damages after a worker in Rebecca, Georgia, reported an unsafe customer gate and an on-the-job injury. Similar whistleblower investigations resulted in reinstatements and payment of back wages and damages in the New York area in 2016 and 2010.