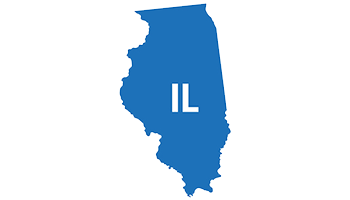 MONTICELLO, IL – A central Illinois grain-handling cooperative exposed workers to serious engulfment hazards when soybeans collapsed inside a Monticello bin and engulfed an employee up to their waist.

An investigation by the U.S. Department of Labor’s Occupational Safety and Health Administration at Topflight Grain Cooperative Inc. found that two workers were clearing the bin of crops and debris when the Feb. 19, 2021, incident occurred. OSHA proposed $303,510 in penalties after identifying three willful, one serious, and one other-than-serious safety citations.

OSHA found the farmer-owned cooperative violated grain-handling safety standards. The agency issued willful citations for allowing workers to enter the bin without first locking out or de-energizing hazardous equipment, failing to post an attendant outside the bin to respond in case of emergency and allowing employees to enter a grain bin when there was 10-15 feet of grain build-up on the sides of the bin. OSHA also issued a serious citation for directing employees to work on top of railcars without fall protection and one other-than-serious citation for failing to test oxygen levels in a grain bin before directing employees to work inside the bin.

“Six in 10 grain engulfments result in the death of a worker but, like the incident at Topflight Grain Cooperative, they are entirely avoidable,” said OSHA Area Director Barry Salerno in Peoria, Illinois. “OSHA works diligently with the grain and feed industry to enhance education and safety, but employers must follow industry recognized standards to protect their workers.”

Collaboration between OSHA, the Grain-Handling Safety Coalition, the Grain Elevator and Processing Society and the National Grain and Feed Association continues to grow as the organizations combine their talents, resources and knowledge to develop more training and educational offerings, expand partnerships with other industry organizations, and reach across the entire grain industry spectrum.

The company has 15 business days from receipt of its citations and penalties to comply, request an informal conference with OSHA’s area director, or contest the findings before the independent Occupational Safety and Health Review Commission.