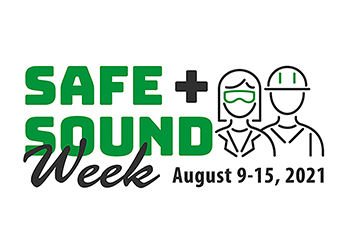 Thank you for participating in this year’s Safe + Sound Week! Download our certificate of recognition for your efforts to promote workplace safety and health programs.

Safe + Sound Week is a nationwide event held each August that recognizes the successes of workplace health and safety programs and offers information and ideas on how to keep America’s workers safe. 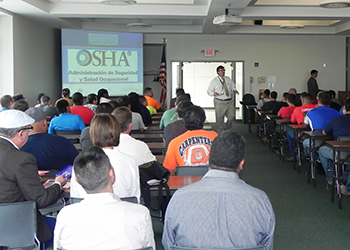 There is only one week left to apply for a Susan Harwood training grant by the August 23 deadline. Read how a grant has helped workers and their communities. 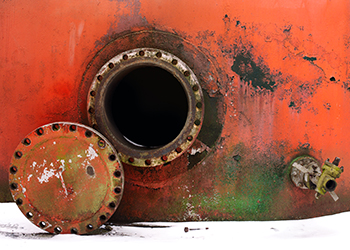 A new OSHA initiative seeks to protect workers in the tank cleaning industry from atmospheric and confined space hazards.

OSHA uses the term “permit-required confined space” (permit space) to describe a confined space that has one or more of the following characteristics: contains or has the potential to contain a hazardous atmosphere; contains material that has the potential to engulf an entrant; has walls that converge inward or floors that slope downward and taper into a smaller area which could trap or asphyxiate an entrant; or contains any other recognized safety or health hazard, such as unguarded machinery, exposed live wires, or heat stress. 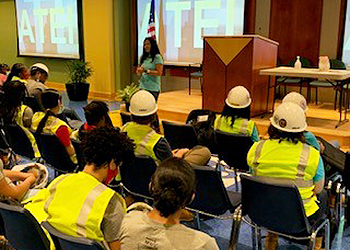 Last month OSHA met with women in the construction industry to discuss their workplace safety and job opportunities.

The number of women employed in the U.S. construction industry grew substantially, by 81.3% from 1985 to 2007; however, due to a loss of over 2.5 million construction jobs from 2007 to 2010, there has been a sharp decline of women working. As illustrated below in Table I (1), and since its peak in 2007, more than 300,000 women workers left the construction industry by 2010. While only 9% of U.S. construction workers are women, which is a relatively small percentage compared to other industries (see Table II (2) below), there were still over 800,000 women workers employed in construction (i.e., managerial, professional, administrative, and production employees) in 2010. Of those, approximately 200,000 were employed in production occupations, such as laborers, electricians, plumbers, etc. 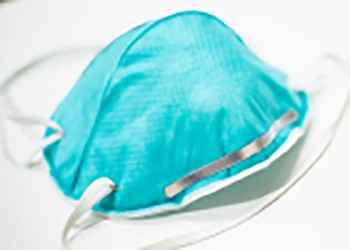 The COVID-19 pandemic has changed the world. As the science was revealing that the COVID-19 virus was spreading via airborne droplets, public health and safety and health experts were recommending the use of face coverings or respirators when around other people. Starting in 2020 and continuing into 2021, the Massachusetts OSHA Consultation Program received multiple requests for virtual trainings and performed several compliance assistance activities on respiratory protection. Massachusetts Consultation was able to get valuable information about respiratory protection to groups of employers, workers, and future workers during the pandemic.

Examples of these respiratory protection compliance assistance activities were:

The OSHA On-Site Consultation Program offers no-cost and confidential occupational safety and health services to small and medium-sized businesses in all 50 states, the District of Columbia, and several U.S. territories, with priority given to high-hazard worksites. Consultants from state agencies or universities work with employers to identify workplace hazards and how to fix them, provide advice for compliance with OSHA standards, train and educate workers, and assist in establishing and improving safety and health programs. On-Site Consultation services are separate from OSHA enforcement efforts and do not result in penalties or citations. To locate the OSHA On-Site Consultation program nearest you, call 800-321-OSHA (6742) or visit https://www.osha.gov/Consultation. 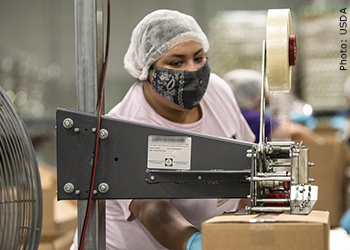 U.S. Department of Labor issues updated guidance on August 13 on protecting unvaccinated and other at-risk workers from the coronavirus.