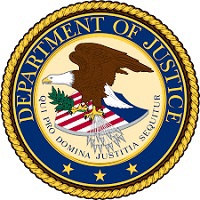 Powell and McCormick used online job boards to advertise jobs in the housekeeping and maintenance industries that paid above-average wages. NVG falsely told applicants that they must pay a $349 fee for federally required OSHA training before starting work in the advertised jobs. OSHA does not require such training. Hundreds of applicants paid the fee and took the course, but none of the applicants received the jobs they were promised.

When several victims complained to law enforcement, NVG relocated its offices and continued its fraudulent activities. Both defendants face up to 20 years in prison. For more information, read the Department of Justice news release.

Our JSA app helps to identify potential hazards and implement controls to minimize your risks. The process involves breaking down jobs into individual tasks which greatly improves your ability to identify risk and minimize the hazards associated with the job!

You can use your completed JSA’s for orientation training or pre-job startup meetings.  Essentially, they become a Toolbox Talk that can be quickly and easily reviewed your employees to not only help them perform the job correctly but more importantly, safely!

Our app helps take complicated jobs and break them down into simple tasks.  Once the tasks are identified, it’s much easer to identify potential hazards associated with each task.  And once the hazards are identified, the process of developing control measures to eliminate or minimize the risk is simple!