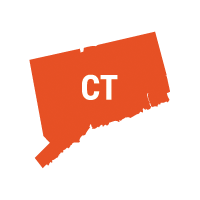 Two workers at a Bridgeport veterans’ healthcare facility suffered fatal injuries caused by hot steam after a metal fixture on a main steam line blew off. The workers had just finished making repairs to the steam pipe within the U.S. Department of Veterans Affairs Connecticut Healthcare System West Haven campus in November 2020.

A U.S. Department of Labor Occupational Safety and Health Administration inspection determined that VACT failed to protect employees from struck-by and burn hazards and the agency identified numerous deficiencies in the facility’s lockout/tagout program. One of the workers was an employee of VACT and the other was an employee of Mulvaney Mechanical Inc., a Danbury-based contractor.

“These fatalities could have been prevented if the employer had complied with safety standards that are designed to prevent the uncontrolled release of steam,” said OSHA Area Director Steven Biasi in Bridgeport, Connecticut. “Tragically, these well-known protective measures were not in place and two workers needlessly lost their lives.”