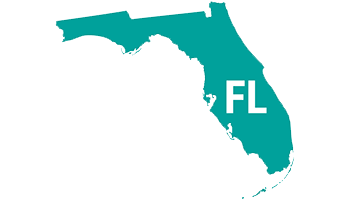 NORTH PORT, FL – Working in the recesses of Apalachicola National Forest on a July day as temperatures neared 100 degrees, the supervisor of two crews hired to clear invasive plants saw one 42-year-old worker was sweating heavily, his hands were trembling, and he seemed confused, unable to respond to commands.

The worker rested while other employees finished their tasks. Only 30 minutes later, the supervisor returned to the man finding him unresponsive. Without a cell phone signal, workers had to get help from a ranger station, 14 miles away from their job site. By the time an ambulance became available, the worker had stopped breathing and responders found no pulse. Soon after transport to a hospital, doctors pronounced him dead.

An investigation by the U.S. Department of Labor’s Occupational Safety and Health Administration of the July 30 incident underscores the need for employers to understand the dangers of hazardous heat in the workplace, and to take action to protect workers from the serious potential consequences.

“Earthbalance Corp. failed to protect their employees from the dangers from extreme temperatures and take actions that may have prevented a worker’s death,” said OSHA Acting Area Director Nolan Houser in Jacksonville, Florida. “We encourage employers to reach out to the agency’s staff and use our free resources for recognizing and mitigating heat-related hazards to ensure their workers have every opportunity to return home safely at the end of the day.”

With four locations in Florida in North Port, Fort Myers, Saint Cloud and Nocatee, Earthbalance Corp. provides services through the U.S. and the Caribbean. The company has 15 business days from receipt of its citations and penalties to comply, request an informal conference with OSHA’s area director, or contest the findings before the independent Occupational Safety and Health Review Commission.

In recent months, OSHA initiated several initiatives to protect workers from heat-related illnesses and deaths while in hazardously hot workplaces. In addition to pursuing a heat-specific workplace rule, OSHA instituted a heat-related enforcement initiative and plans to issue a National Emphasis Program for heat-related safety efforts in 2022.

The agency has also published the Advance Notice of Proposed Rulemaking for Heat Injury and Illness Prevention in Outdoor and Indoor Work Settings, Oct. 27, 2021. It is a significant step toward a federal heat standard in the workplace and is open to comments, online until Jan. 26, 2022. Submit comments, identified by Docket No. OSHA-2021-0009, electronically at www.regulations.gov.