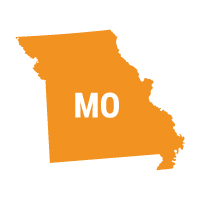 GRAIN VALLEY, MO – Nearly five years after an employee died in a trench collapse, a Missouri contractor exposed two workers to the life-threatening risk of being buried by thousands of pounds of soil as they worked in an unprotected trench weakened by water pooling in an excavation site.

“Even though Arrow Plumbing and owner Rick Smith agreed to implement a comprehensive trench safety program after a previous fatal trench collapse, employees were again found to be working in an unprotected trench,” said OSHA Area Director Karena Lorek in Kansas City, Missouri. “This conduct is unacceptable, and OSHA will do everything possible to hold Mr. Smith accountable for failing to protect his workers.”

Following the October investigation, OSHA cited Arrow Plumbing for two instances of willfully allowing workers to enter the trench without providing cave-in protection, as well as willful citations for allowing water to accumulate in the trench, which compromised the integrity of the excavation’s walls, and failing to keep soil piles at least 2 feet from the edge of the excavation. The company also allowed workers to walk under suspended loads, failed to provide hardhats, used ladders improperly, failed to train workers and exposed them to struck-by hazards.

Arrow Plumbing has a significant history of OSHA violations. Following the fatality investigation in 2016, the company resolved federal safety citations by agreeing to comply with the terms of a settlement agreement entered before the Occupational Safety and Health Review Commission in 2018. The agreement required the company to hire a safety consultant to design and implement a trench safety program and ensure employees complete OSHA construction and trenching and excavation training courses. However, Arrow Plumbing did not hire a safety consultant until Feb. 1, 2021 – three years after it promised to do so. The agreement also called for the company to pay $225,000 in previous fines via five payments of $45,000 over four years. To date, Arrow has only made one payment.

In August 2020, OSHA cited the company again after it discovered an employee working in another unprotected trench in Grain Valley. The company has contested the citations.

“Arrow Plumbing and Rick Smith’s extensive history of OSHA inspections and their agreement with OSHA appear to have had little impact on their daily operations and their promise to implement OSHA and industry-recommended safety precautions. All of this, despite knowing firsthand how deadly a trench collapse can be,” said OSHA acting Regional Administrator Steven J. Kaplan.

From 2011-2018, the Bureau of Labor Statistics reports that 166 workers died in trench collapses. In 2019, OSHA reports at least 24 workers died while working on trenching and excavation projects.

OSHA has a National Emphasis Program on trenching and excavations. Trenching standards require protective systems on trenches deeper than 5 feet, and soil and other materials kept at least 2 feet from the edge of a trench. Additionally, trenches must be inspected by a knowledgeable person, be free of standing water and atmospheric hazards and have a safe means of entering and exiting prior to allowing a worker to enter.