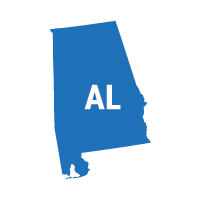 MOBILE, AL – As the nation’s largest discount retailer, Dollar General stores are widely known by shoppers in 46 states for their low-price merchandise. At the U.S. Department of Labor, the company is recognized for its long history of violations and repeated failures to protect its workers from on-the-job hazards.

Since 2016, the department’s Occupational Safety and Health Administration has proposed more than $3.3 million in penalties in 54 inspections at Dollar General locations nationwide. Typical violations include blocked electrical panels, obstructed exits, forklift, housekeeping and sanitation violations. Each of these violations represent hazardous and unsafe conditions, placing workers at risk of injury.

In Alabama, where the company opened its first location there in 1965, a June 2021 federal inspection at Dollar General Store 7196 in Mobile found the store’s operator, Dolgencorp LLC again failed to keep the main storeroom orderly to allow safe exit during an emergency, exposed workers to slip and trip hazards and being struck by falling boxes and prevented access to electrical panels. OSHA identified three repeat violations in the Mobile inspection and proposed $321,827 in penalties.

“Dollar General has a long history of disregarding safety measures to prevent serious injury or death in the event of a fire or other emergency,” said Assistant Secretary for Occupational Safety and Health Doug Parker. “This company’s troubled history of workplace safety violations must come to an end, and OSHA will make every effort to hold them accountable for their failures.”

Based in Goodlettsville, Tennessee, Dolgencorp LLC is a wholly owned subsidiary of Dollar General Corp. and operates about 17,000 stores and 17 distribution centers around the nation, and employs more than 150,000 workers. In September 2021, the company announced plans to open its first Idaho store and expand its presence to 47 states.

Dollar General has 15 business days from receipt of its citations and penalties to comply, request an informal conference with OSHA’s area director, or contest the findings before the independent Occupational Safety and Health Review Commission.

Under the Occupational Safety and Health Act of 1970, employers are responsible for providing safe and healthful workplaces for their employees. OSHA’s role is to ensure these conditions for America’s workers by setting and enforcing standards, and providing training, education and assistance.