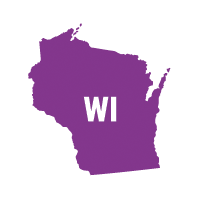 After a worker who was clearing corn debris from an unsafe silo failed to arrive for a regularly scheduled meeting, employees called 911 when they could not find him at the silo, nor reach him by phone. It took emergency services nine hours to recover the body of the 52-year-old manager, found engulfed in the silo operated by Didion Milling Inc. in Cambria.

A U.S. Department of Labor Occupational Safety and Health Administration investigation of the Dec. 8, 2020, fatality found that the manager entered the unsafe grain bin despite recently having an external process underway to remove corn from the clogged silo. OSHA also determined that the external process should have continued for several more days before allowing anyone to enter the grain bin. The agency issued four willful and 10 serious safety citations, most involving requirements for safe entry into grain storage structures, and proposed $676,808 in penalties.

“Didion Milling’s failure to learn from recent incidents and follow industry standards and their own company policies cost this worker’s life,” said Acting OSHA Regional Administrator William Donovan in Chicago. “Six of every 10 workers trapped in a grain bin don’t make it out alive. This is a frightening and tragic reality. Safety standards are in place to protect workers from serious and fatal injuries.”