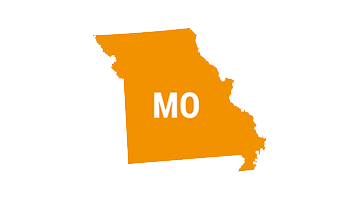 In January 2021, the U.S. Department of Labor’s Occupational Safety and Health Administration initiated an inspection at the Bentonview Park Health & Rehabilitation in St. Monett based on a referral from the Missouri Department of Natural Resources. On Jan. 22, the state agency evacuated the facility’s residents – 31 days after flooring work began on Dec. 21, 2020.

OSHA alleges Eastern Coast Management Inc., SRZ Mgmt Holdings LLC and SRZ OP Bentonview LLC failed to test for the presence of asbestos, did not erect protective barriers to contain residue and failed to use respiratory and personal protective equipment to prevent exposure. Bulk samples of tile backing and mastic collected at three locations in the facility indicated that between 45 percent and 51 percent of the samples contained chrysotile asbestos.

OSHA inspectors allege that workers for the three employers removed about 10,000 square feet of floor tiles containing asbestos, and that none of the employers completed an asbestos assessment to determine its presence.

“Asbestos is a known human carcinogen released into the air when asbestos-containing materials are removed. Exposure to its fibers can cause irreversible lung damage, which is often undetected for years,” said OSHA Area Director Karena Lorek in Kansas City, Missouri. “Employers must test building materials before removal and ensure all measures are taken to prevent exposure.”

“On multi-employer projects such as this, each employer must ensure workers are safe from potential hazards. When they fail to do so, the U.S. Department of Labor will hold them accountable under the law,” Lorek added.

After its inspection, OSHA cited the three companies for not implementing a respiratory protection program, exposing workers to asbestos hazards and failing to inform employees of the potential presence of asbestos. Additional violations and penalties proposed against each company include:

All three companies have 15 business days from receipt of its citations and penalties to comply, request an informal conference with OSHA’s area director, or contest the findings before the independent Occupational Safety and Health Review Commission. View the citations issued to the three employers.